During installation, Waijung will try to look for related paths of all supported compilers (GNU GCC, MDK-ARM, and EWARM) in your computer and to correctly setup Waijung environment automatically.

However, for instances, if

and you want to modify related paths to use a specific compiler, you can follow the following procedures.

Procedures for modifying paths for the compiler

Three paths that must be defined for any compilers:

The paths are defined separately for each target in the target configuration file.

The target configuration file is a file that has the same name as the target with the extension .wjdat and is located under waijungroot\targets\targetname_target\targetname directory.

For instance, the target configuration file for STM32F4 target is named "stm32f4.wjdat" and is under the directory waijungroot\targets\stm32f4_target\stm32f4.

Target configuration file is a standard XML file that can be opened with a text editor or XML editor such as XML Nodepad 2007. 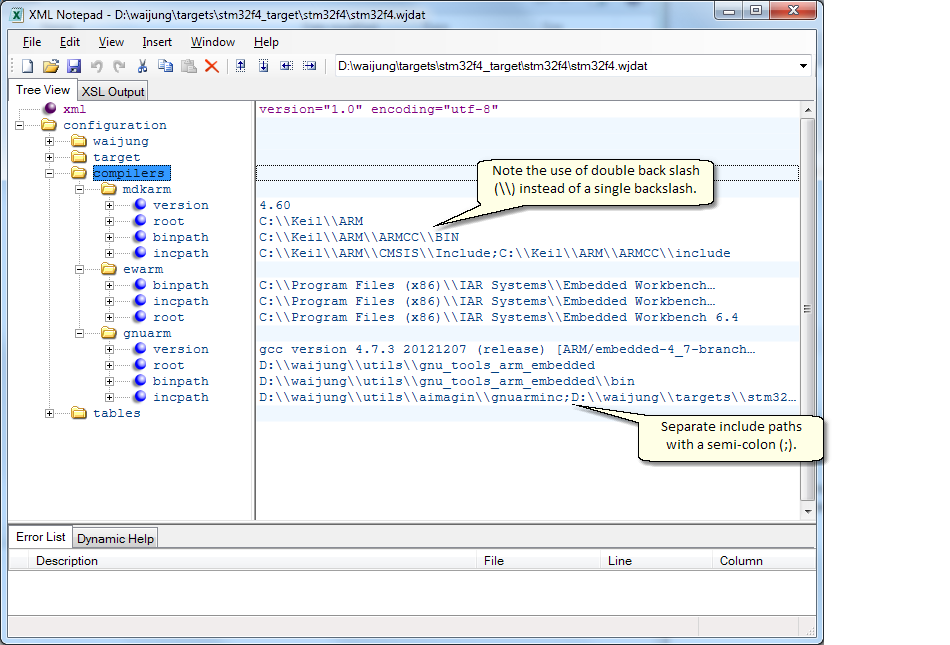 You can manually modify paths for any compilers as required.

To reset the paths back to default settings, just run install_waijung.m in Matlab again.